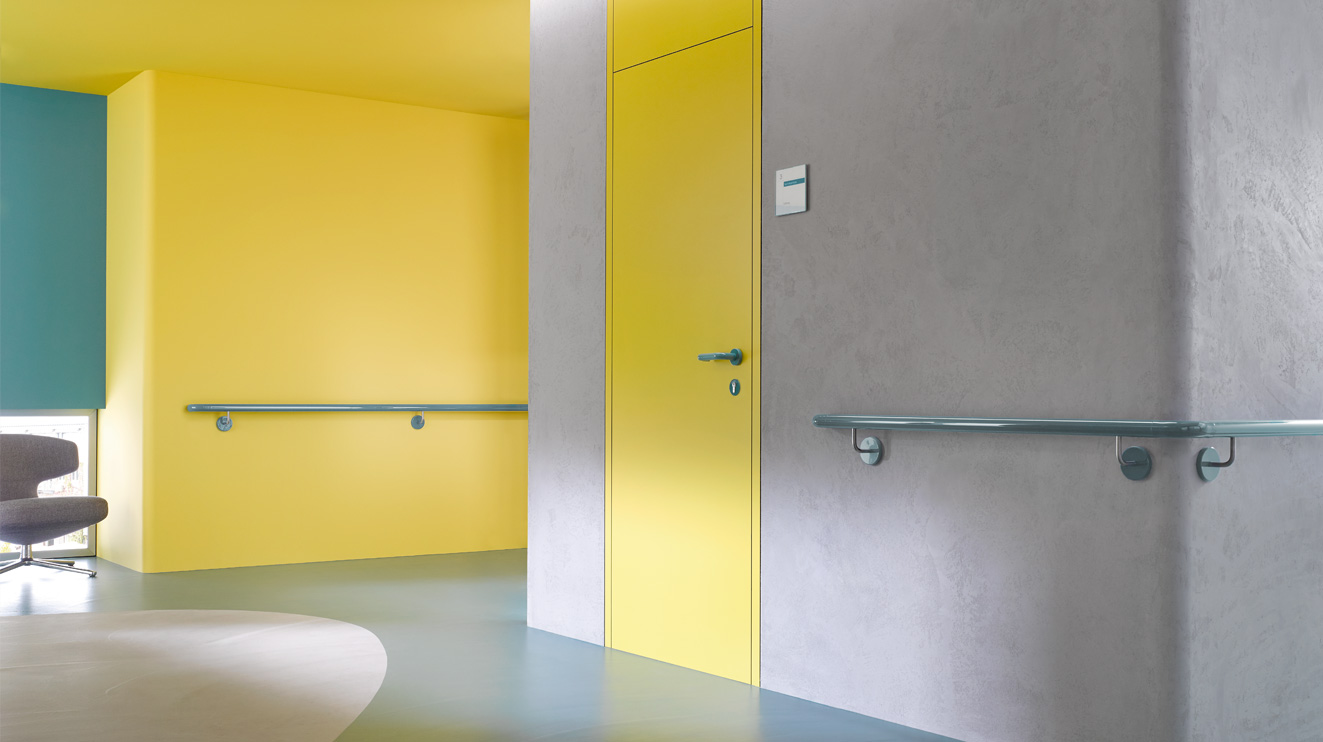 What does LRV mean?
- The light reflection value (LRV), as an internationally valid value, measures the quantity of visible light that is reflected from a        surface.
- The LRV lies between 0 and 100, for example, a light-coloured white has an LRV of 85 K
- Different colours can have the same light reflection value.
- This value can be used to determine the visual contrast (= luminance contrast) between two components (e.g. door leaf / door     lever fittings).

What is the luminance contrast used for?
Highly contrasting design assists people with limited vision to find their way around a building independently. Orientation is made easier if, for example, the door lever fittings, handrails and signage systems are highly contrasting and clearly stand out against the wall and are therefore also easily discernible for people with limited vision. A highly contrasting design between controls and the background surface or substrate is elementary in accessible building and is recommended, for example, for:

The LRVs given for the HEWI products are internationally valid for these formulae.
They are based on a minimum illuminance of 100 lux and are on a scale of between 0 and 100. The greater the difference between the LRV values of two colours, the greater the contrast effect.